We're here to help
If you'd like to talk about how we might help you with your training goals, please get in touch. We will be happy to speak with you.
Contact Us
Knowledge

Athlete of the Month 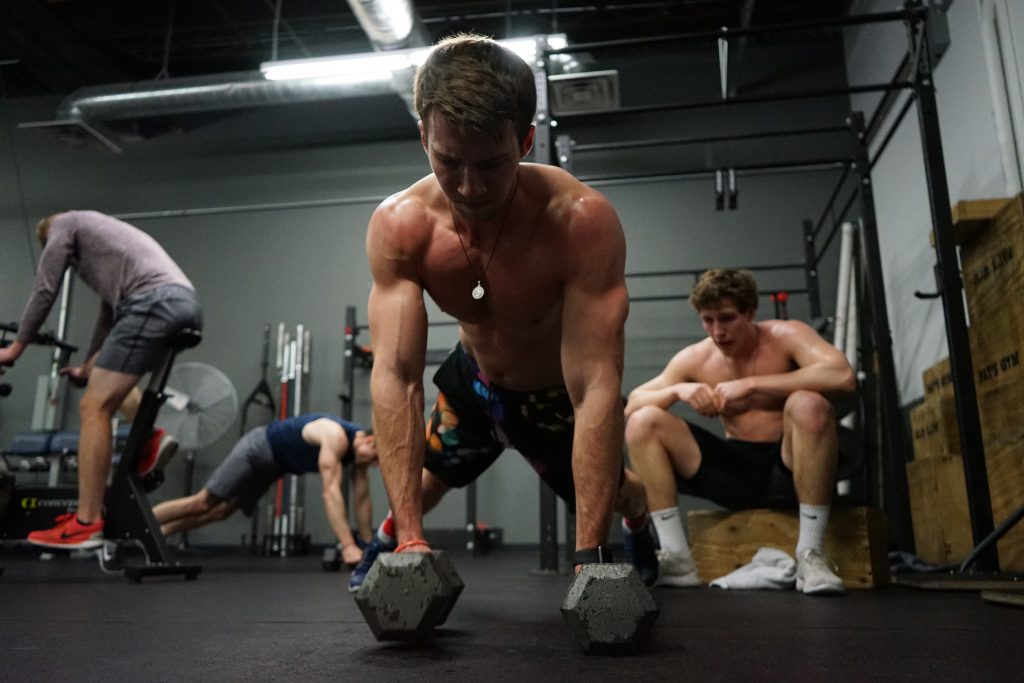 Athlete of the Month – Kevin is our athlete of the month. Kevin has been with Pat’s Gym for five months now. He was first introduced to it after moving to Madison, and he instantly knew he wanted to be part of it. Coach Cody brought him to the Gym where he worked out with Pat and Roza. After that, Kevin couldn’t resist coming back. Because of this love for Pat’s Gym, Kevin became a coach.

Kevin grew up in Colorado, and that’s where his interest with physical fitness began. Kevin loved the Rocky Mountains, and would do anything out doors including biking, hiking and skiing. Being active has always given Kevin a great sense of energy and happiness. Kevin grew up playing tennis, basketball and soccer. Soccer and basketball predominately took over once he was in high school, and he went on to play college soccer at the University of St Thomas in MN. At Pat’s Gym, Kevin has found a new pathway of training physical fitness.

Kevin loves the intensity of the workout, but really likes the atmosphere and the people. It’s the people that makes Pat’s Gym so special. It is one of the most unique atmospheres Kevin has ever been a part of. Kevin loves being a coach because he feels extremely lucky to work with very driven individuals. He loves being able to watch fellow athletes grow in both physical and mental strength.

Pat’s Gym is completely different from any other gym Kevin has ever been to. Kevin loves the different levels of intensity that helps Pat’s Gym athletes push themselves to new places that other gyms don’t provide. Kevin does not believe workouts are going to be as difficult in other gyms, but the supportive community is why athletes at Pat’s Gym can complete the workouts and it is why they continue to come back day after day.

Pat’s Gym has absolutely changed Kevin’s life in the most positive way. It has helped him form friendships that will never fade, and it has helped Kevin build a mental strength unrivaled by any other atmosphere.


Cruciferous/Brassica veggies have everything to do with health, and little to do with Brazil or the Crucifix.


Turn your world upside down, in a good way, with handstands! You can do it!


A nice breathing workout – try it!


Something to help in this stressful time


Another reason to eat your fruits and vegetables!


Short on equipment or time? Try this – no excuses!


Diets? Regardless of the one you select make sure it’s sustainable.